This year 2021, there were 1,350 undernourished children enrolled in the feeding program from the seven (7) municipalities/15 Parishes of the Diocese of Legazpi covering 64 Barangays.

Since 2018, the municipalities of Malilipot, Jovellar, Polangui and Daraga are continuously implementing the program to cater both to new beneficiaries and those who were re-enrolled to attain normal nutritional status.

Out of the 1,350 children, 758 of them have successfully improved their nutritional status, 476 graduated or attained normal status while the remaining 622 are still in the ongoing feeding program including the re-enrolled. 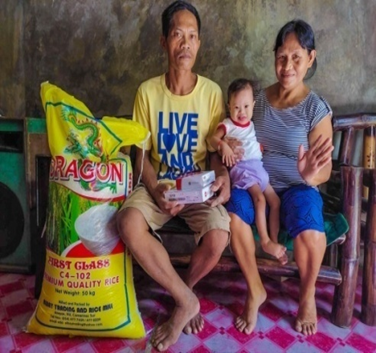 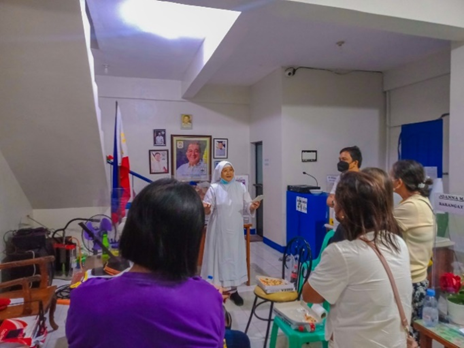 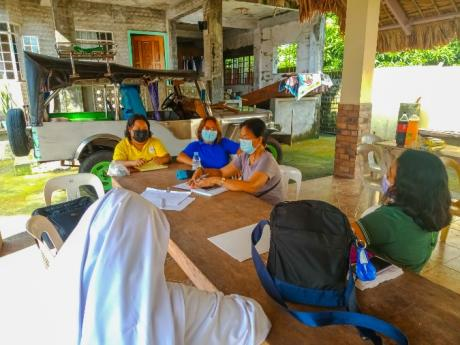 Home visitation and monitoring of the children, particularly those who are severely undernourished and their families, was accomplished. The program also include provision of some food for them.

Assessment and monitoring of feeding sites was conducted. Sr. Lanie Dela Rosa also conducted a courtesy meeting with the mothers of the children enrolled in the feeding program for values formation at the Barangay.

CULMINATING OF THE 120 DAYS FEEDING 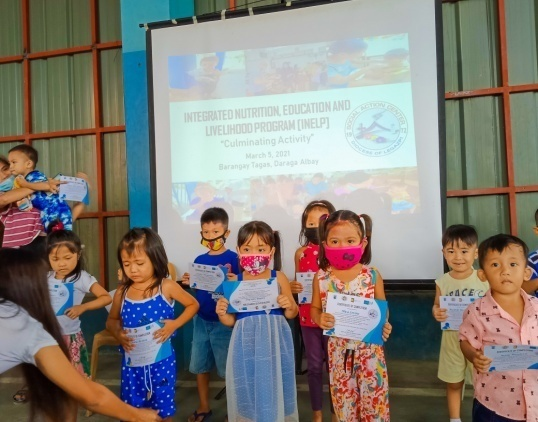 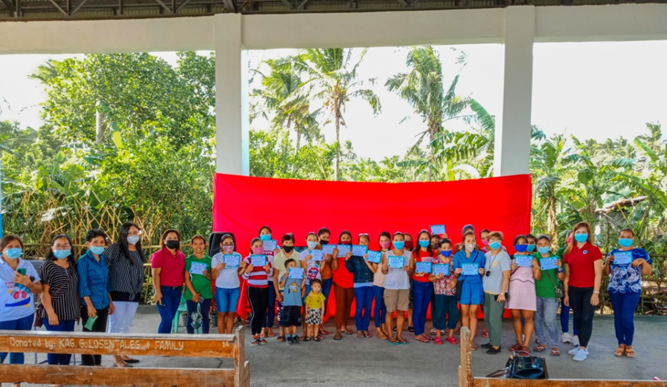 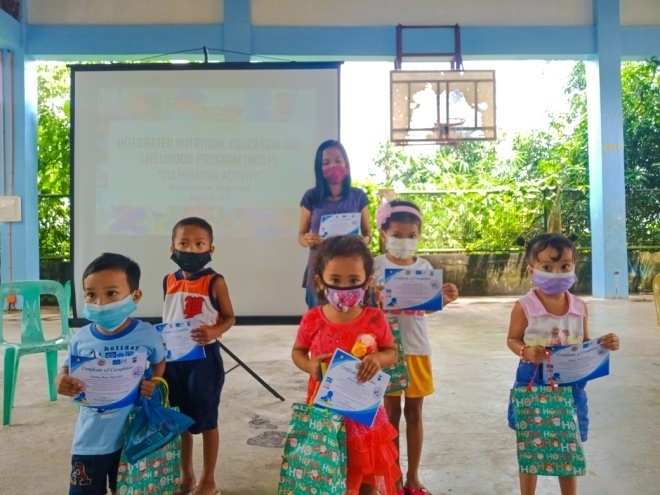 Some of the areas already completed the 6-months feeding cycle while others are still on-going. To name a few, in the municipality of Daraga, on March 5, 2021, the Barangays of Tagas, Alcala and Matnog under the Parish of San Ramon Nonato have their culminating activity/graduation ceremony for the first batch of beneficiaries who reached the normal nutritional status after the six months supplemental feeding cycle.

The children were given a certificate of completion to commend them for reaching their normal nutritional status. In addition, Program orientation was also held catering to new enrollees and those re-enrolled to the projects. Re-enrolled refers to those who have not reached the normal or required nutritional status.

TO CAPACITATE MOTHERS ON RESPONSIBLE PARENTHOOD 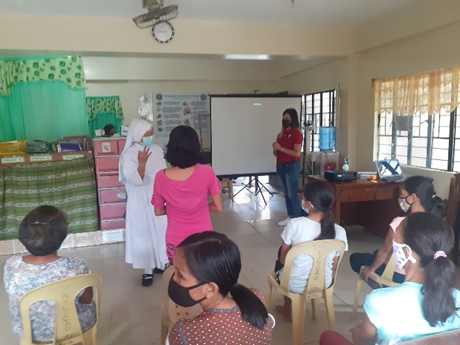 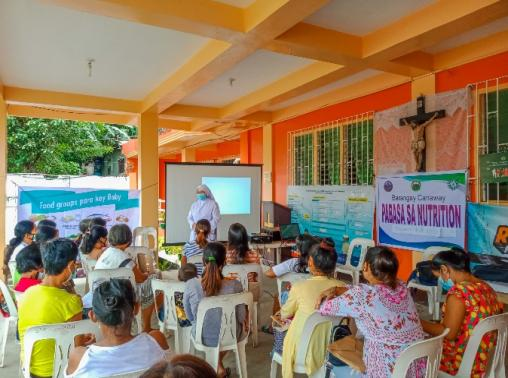 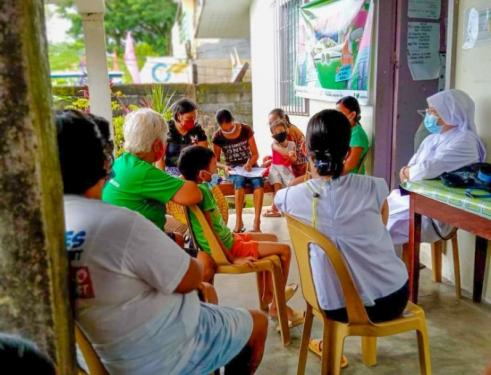 Also, Sister Lanie Dela Rosa of the Daughters Mary gave series of values formation sessions to the mothers of the undernourished children to inspire and guide them on how to be a good parent and shared with them the Catholic Social Teachings of the Church.

The values formation/spiritual education that Sr. Lanie gave complements the “Pabasa sa Nutrisyon” program of the barangay discussing health and nutrition aspects in order to educate them and reduce the vulnerability of their children to malnutrition. It also encouraged the mothers to apply good health and nutrition practices in their homes. 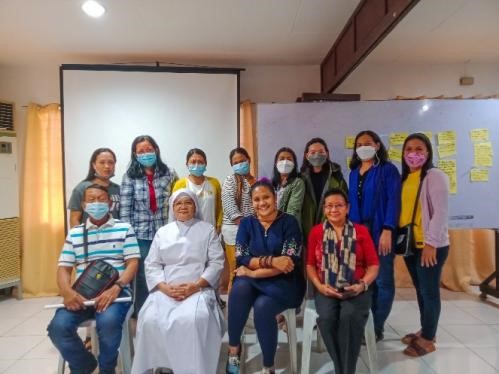 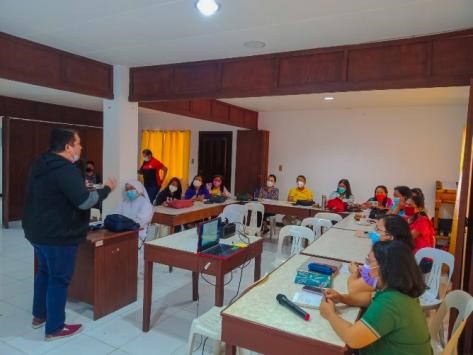 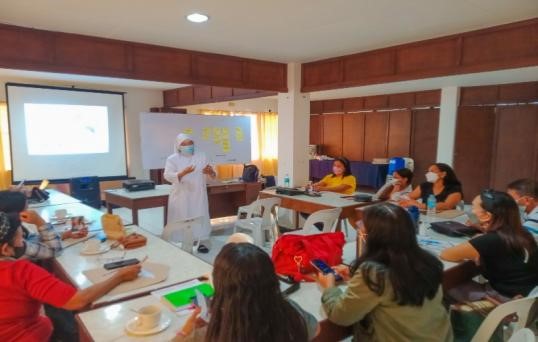 Last December 14-18, 2021, the SAC Legazpi conducted a 5-day Training of Trainers (ToT) on Self-Help Group (SHeG) Organizing. The training was attended by the Parish Commission on Social Concerns of Saint Anthony of Padua Parish, Ponso, Polangui, Albay, and the Barangay Nutrition Scholars coming from the different barangays of Polangui and Jovellar.

The training was given by Ms. Analyn Delos Reyes from the National Secretariat for Social Action (NASSA) Caritas Manila. The first three days was held at the SAC Conference Room for the theoretical and workshops sessions and the remaining two days were done at the pilot community of Sitio Manaba, Barangay Maogog, Jovellar, Albay as exposure. Hence, a new SHeG emerged.